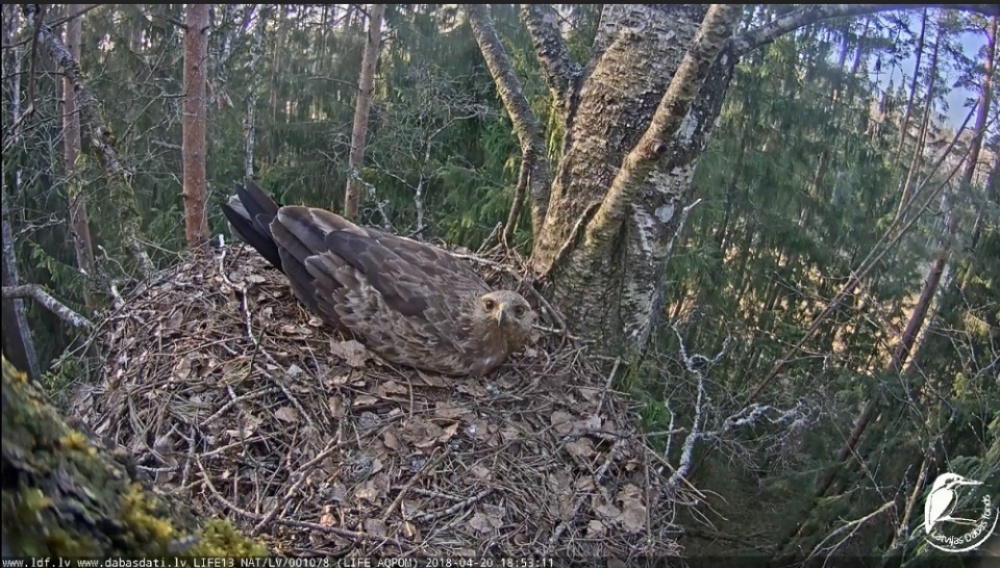 One of the nests is location in western part of Zemgale region. It was found in 2018 when the nesting was successful and produced one young bird. However, as the ornithologs later discovered, the bird did not get to experience its first flight to wintering grounds. The remains of the bird were found in the beginning of 2019 on the ground about 100 meters from the nest. The nest is built in a spruce tree 17 meters from the ground. It is a typical lesser spotted eagle nest – around half of Latvian nests are located in spruces. Judging from the size and condition of the materials of the nest, it is at least five years old.

The other nest is also located in Zemgale. This nest is know since July 2017 where one young bird was found there. The nest is built in a birch tree around 20 meters above the ground. The material of the nest tells that it is at least five years old. The webcam system here was installed in spring 2018. In the nesting season of 2018 one pair of lesser spotted eagles frequented the nest, however did not start nesting.

The webcam system was set up by Jānis Ķuze and Jānis Rudzītis with help of volunteers Valdis Lukjanovs and Ģirts Strazdiņš.

The broadcast you can see in this website as well as: 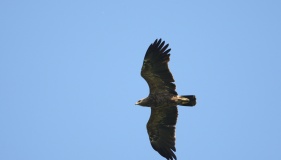 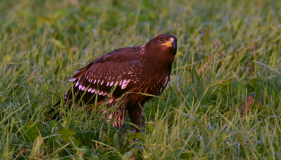 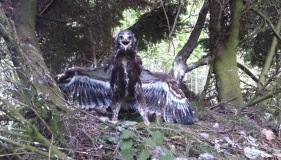